For my birthday twin, Lawrence Ferlinghetti—I treasure the copy of your Tyrannus Nix? that you signed for me on one of our birthdays over 20 years ago. My poem’s title does not end in a question mark because with Trump there is no question. He quests for tyranny.

Fed on a diet of orange-faced rage,

Then reality kicked our teeth in.

All we can think about is the children.

Child who claims you spread her legs apart,

Our own children. We fear for them.

What we have is great: Our collective rage.

No one can sing rage like the mother goddess,

And the father god, and all who love children,

Gods and mortals, and the Almighty God.

Separation of Church and State a sad hoax.

For the Almighty dollar. Lock up our children.

You want to debase the weak and the mighty.

Lock them up! Lock her up!

Who are these people who chant for you?

Who are these morally bereft?

Ironically, the very weak and the very mighty.

I’ve been told, “Try to talk to them,

But I can’t talk to them, compromise my morals,

And there is no common ground

Where there is no common decency.

I will stand, in one big NO to it all.

Our voices united, together, until you fall.

For the only right thing to do is to stand.

Stand against you. Stand for our democracy.

To insist that morality and common decency

Stand, and together we rise, until you fall.

You think that you are king of it all.

“President for life…maybe we’ll have to

Give that a shot one day,” you joked,

But there is truth in every joke, you

You push to become one, destroy

All checks and balances, place

Us all into a cage, we who wonder

How we ended up here, a crumbling

Infrastructure nothing compared to

You, Tyrannus Trump, with your

But we have to take this seriously.

You weren’t even supposed to take power.

Here we are, and we refuse the cage.

Wouldn’t those sweet children refuse it too,

If they could? What good is it to rage

When we’re not even allowed within range

What good is it to rage when children die

Or because of their beautiful brown skin.

You have given people permission to hate.

You have given people permission to hurt.

You have given people permission to kill.

You have given people permission

That most of us will not take—

We who still believe in this country.

We will stand as its moral majority.

Stand together until you fall.

We will stand for the good of it all,

Our sweet land of liberty. Freedom

To sing or speak our minds or engage

Silently. Some of us take a stand by

Taking a knee. Some of us enrage

You with our speech. Some of us try

To just simply live and get by, knowing

That to speak is too dangerous, even here.

About our First Amendment. Incite

The divide of our people. Fake news

The new norm because who cares for truth?

We do—and don’t you know, we will fight

For it. You will not be our forever president.

We will fight for freedom, truth, our own

Democracy. You will be but a shadow in history.

Like Hitler, you know, and do you admire him?

You keep praising the dictator of North Korea.

You praised Putin, and deny collusion.

Do they have golf in Federal Prison,

Or will you be off to North Korea, Russia?

Will one of your so-called friends

Take you and your family in?

The house guests that nobody wants.

Oh, but justice is sweet and I love being a seer.

Watch you standing there, thick-tongued

Then off you go—to who knows where! 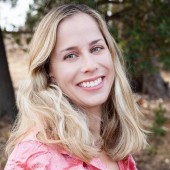 Karen Poppy has work published or forthcoming in The American Journal of Poetry, The Gay and Lesbian Review Worldwide, ArLiJo, Wallace Stevens Journal, and Young Ravens Literary Review, among others. She has recently written her first novel, is at work on her second novel, and is an attorney licensed in California and Texas. She lives in the San Francisco Bay Area.

Beets and Beats and Bebop