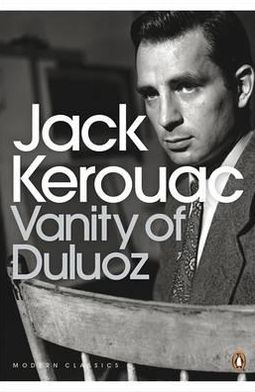 In Jack Kerouac’s book Vanity of Duluoz he refers to women as quiffs, which in my estimation, is too close to the modern day queef for there not to be any connection.

From Quiff to Queef?

Thinking I might be onto a word origin history lesson, otherwise known as etymology, I turned to my mother, who was born in 1948. If quiff as “woman” was some sort of retired expression, not used since the early 1970’s (Duluoz was published in 1967) or thereabouts, surely, in its heyday, she would have heard it.

“Mom, have you ever heard women being described as quiffs?”

“No,” she answered, “What’s a quiff?” which everyone really should have their moms ask them at least once.

Something had happened after the publishing of Duluoz to transform Kerouac’s definition of quiff as “female” to our current definition of “female’s queef”- some kind of seismic quiff shift.

Obviously, there is a slight visual difference between Kerouac’s quiff and what we know now as the usually sexually related vaginal air release queef.  When Kerouac’s quiff lost dibs on describing the complete female form, it gained some sort of reparative double e f.

Taking into consideration that Jack Kerouac was French- Canadian and that quiff may have been a geographical colloquialism, I called up my old friend Jacque who calls Canada home.

“Jacque, do you know what a queef is?”

“In your homeland, have you ever heard women being referred to as quiffs?”

“No, but I’ve referred to women myself as the orifice from which queefs originate.”

“What would you think a quiff might be then?”

“A queef you can sniff?”

“That is really gross. You have offended me to my very core.”

Deciding that maybe Jacque just wasn’t continental enough for my purposes, I turned to an online French to English Dictionary, typing in quiff.

The dictionary just coughed up what matched quiff the closest- The Canadian city of Quebec.

I’d taken my inquiries to the street (my mom), the locals (Jacque) and the internet (online dictionary). I was about to give up when I caught the nightly news and heard about a scientific development that has inspired me to continue my search.

Scientists everywhere are celebrating the discovery of a fossil they call Ira, hailing it as the missing link between our primate past and primate present.

As I hope to someday find the missing link that will connect Kerouac’s quiff past to our vart queef present, I feel a solidarity with this discovery. I will soldier on. If you know anything, email me.

The Second Wave of American Interest in Japanese Culture: Alan Watts, Jack Kerouac, and Gary Snyder
by Charlie Canning Photos by John La Farge and David S. Wills   Since the Treaty...
Snyder, Kerouac, and the Dharma
The worlds like an endlessfour-dimensionalGame of Go. Riprap, Gary Snyder “All these...
Joan Anderson Letter Goes to Auction... Again
In 2014, the world of Beat Studies was rocked by the discovery of the Joan Anderson letter...
Review: The Best Minds of My Generation
There are so many books about the Beat Generation that focus on the writers’ roles as rebe...
Beat Books
Wills, D., 'Beat Books' in Wills, D., (ed.) Beatdom Vol. 1 (City of Recovery Press: Dundee...
Review: Translating the Counterculture
Erik Mortenson’s Translating the Counterculture: The Reception of the Beats in Turkey exam... 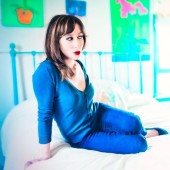 Fiona Helmsley is a writer of creative non-fiction and poetry. Her first book There Are A Million Stories In The Naked City When You’re A Girl Who Gets Naked In The Naked City was released in 2010. Her writing can be found in various anthologies like How Dirty Girls Get Clean and Air In The Paragraph Line and online at websites like Jezebel and The Rumpus. She can be reached through her blog Flee Flee This Sad Hotel at http://ilikemymeattender.blogspot.com.