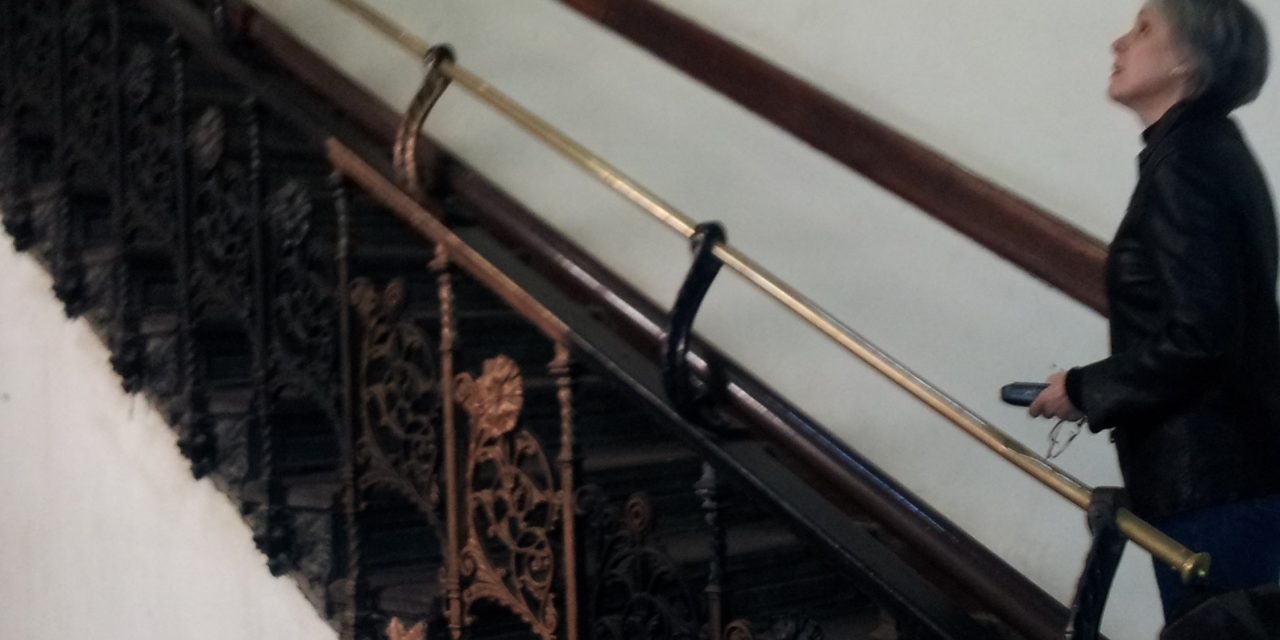 For literary types and students of Beat history who intend to invest a few cool million in real estate at the someday gentrified Chelsea Hotel, consider a few things. Yes, this was the home of Herbert Hunke and Gregory Corso, and Bill Burroughs and Ginsberg and Kerouac all stayed or passed through here and numerous writers and artists and near writers and near artists and every other type of, as Burroughs might say, “characters” from the world’s stage, and shall we say even those from under the world’s stage, some through windows and through walls, have passed through. The twelve-story hotel, built in 1883-1884, has a history of ghosts and is one of the most haunted buildings in New York City. It truly ranks as a Beat Hotel.
At times, many times, there have been strange and mighty strange occurrences taken place at this place, things of an unworldly nature, things of the occult, dark things, such as a resident evil spirit. There is a blog devoted to the ghosts of the Chelsea, with information on the ghost of Kerouac’s inspiration, long-term Chelsea resident, Thomas Wolfe. The blog also suggests that it is not too late to meet the old gentleman, Herbert Hunke, called “the junky ghost.” Hunke lived there toward the end of his life. As Hamlet quipped, “no traveler returns,” from the “undiscover’d country,” but at the Chelsea, perhaps some “travelers” never left.

Residents speak of a vortex of “bad energy” that toiled, toiled, boiled, and bubbled at the Chelsea, weird sisters, weird brothers, sometimes a mix of both, nothing was too strange and little was out of bounds. Physically, one never knew when a body might come crashing out a window or hurling down the stairwell. What might seem hyperbole isn’t. Murders, suicides, and fires were commonplace. If you’re considering property at the Chelsea, and if you’re a tidy housekeeper, you might rid your home of those unclean spirits with the help of an experienced exorciser, unless that is what draws you there in the first place. For those so inclined, have a look at “The Gray Man of the Chelsea” involving a young boy’s attraction to the staircase in Ed Hamilton’s book on the hotel.
On a recent visit to the Chelsea, we met longtime resident and choreographer Merle Lister. Ms. Lister has been living at the hotel since 1981 and has her own ghost. In her seventh-floor room she once felt the presence of a woman dressed in white who kindly removed a knot from her hair. “Dance of the Spirits” was created by Merle in 1983 honoring the Chelsea’s 100 year anniversary. In that dance appears a white-clad apparition.
The Chelsea is under construction, but the famed staircase decorated with wrought-iron balustrade that ascends to the twelfth floor remains intact. A skylight crowns the top of the stairwell.
Curiosity seekers are forbidden in the hallways and regarded as trespassers.
In The Town and the City the Lucien Carr character, Kenny Wood asks, “Have you ever been haunted by a spook? Did you ever wake up in the middle of the night and find one leaning over your bed, leering?” Boo.

To learn more about the history of the Beat Generation at the famous Chelsea Hotel, read James Lough’s wonderful and meticulously researched oral history, This Ain’t No Holiday Inn.

Meeting William S. Burroughs
By Cabell McClean and Matthew Levi Stevens   Cabell McLean was born in 1952, a desce...
4 Important Travel Destinations for the Beat Generation
The Beats were, in many ways, an international literary movement. Although in defining the...
Ginsberg Goes Behind Enemy Lines: A Review of Iron Curtain Journals
In 1965, Allen Ginsberg jumped at the chance to peek behind enemy lines with a visit to co...
The Beat Generation and Travel
More so than any other literary movement, the Beats have influenced the world of travel an...
Little Women
I was only twenty in the fall of 1955 when I sat down to start my first novel. Come and J...
Kerouac's Quiff
In Jack Kerouac’s book Vanity of Duluoz he refers to women as quiffs, which in my estimati...

GK Stritch is a contributor to Beatdom and the author of CBGB Was My High School. The book is available at the St. Mark's Bookshop, New York City, and amazon.com and barnesandnoble.com.