August, 1968, Chicago. It was the Summer of long hair, and long hot nights. Small wonder America would soon be in flames, when all the South Side was sleeping on the beach by Lake Michigan. Like London in the Underground, during war. And there was war. Guerrilla fighting on the streets, from the top of city monuments. War against the war, war against the shadows on the walls after dropping acid. War against the staid, complacent, uptight. We were mobilized for action by SDS.  All the young were there, and we formed in lines in Grant Park and then as night fell, on Wabash Avenue against a line of police. The police put tape over their badge numbers; they couldn’t wait to charge; the sons of dark against the sons of light. The whole world was watching, we screamed, and they came. Vans were overturned, heads cracked in the melee. It was culture versus culture. It was Gettysburg.
I ran. I wasn’t a fighter, none of us were. We were musicians, poets, artists. My poetry was more than protest; it was my soul. I wanted it to outlive the flash of tonight and outdate the hippie kingdom. I went to the nearby Art Institute on Wednesday evenings  for signal flares, and carried the light home and poured it, privately, on a page.
There were tents in Lincoln Park, during the Convention. Organizers of the protest hosted  counter-culture events: poetry readings, guitar strumming on the grass. The night after the Charge of Wabash Avenue, I went to a reading. My poems weren’t ready to be seen, or heard. I stood in a throng of ourselves, certain of our cause, and hipness. Ignoring the buzz of chaos. A small, dark bearded man noticed me. Hey, he said. Hey, I said. He took my hand. No, man, I said. Loud. He was insulted. He was troubled, very unsure and disappeared into the mass. I went home.

The Life of Gregory Corso
The life of Gregory Corso
William S. Burroughs, C. J. Bradbury Robinson, and Williams Mix
Love or hate him, venerate or revile him, the life and work of William Seward Burroughs co...
The Protests of Ginsberg and Di Prima as Marginalized Minorities
There is nothing more American than a protest, than questioning authority and rebelling i...
Naked Lunch on Film: Filming The Unfilmable
by David S. Wills The novel does not obviously lend itself to adaptation for the screen...
The Kid from Red Bank
“Count Basie’s swing arrangements are not blaring, but they contain more drive, more power...
"Howl" Continues to Offend in the Era of Tabloid Journalism
It should be of little surprise that Allen Ginsberg’s “Howl” was at the heart of a debate... 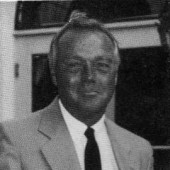 Charles Bane, Jr, is a Pushcart Prize Nominee and the author of The Chapbook ( Curbside Splendor, 2011). His new collection of poetry is available for pre-order at kelsaybooks.com